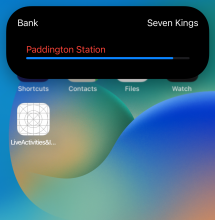 In iOS 16 Apple has introduced the new ActivityKit to work with Live Activity to display your app’s most current data on the iPhone Lock Screen and in the Dynamic Island.

Meanwhile on the iPhone 14 pro family we have seen the new Dynamic Island 🏝 which is user interactive to display basically what the Live Activity is doing and to allow the user to interact with the app’s live data.

Less than 24 hours after Google announcement of Flutter 2.0, And the World is loosing it, because somehow Flutter now works on 6 platforms.
Flutter is not the first SDK to try to do this, in case you forgot; The first thing we learned about Java was "Write once run anywhere" and where are we now with running java for modern platforms ?.
And again there is something called Xamarin by Microsoft since 2011 but never really hit the mainstream market and became the Default.

Model–view–presenter is a derivation of the model–view–controller architectural pattern. In MVP, the presenter assumes the functionality of the "middle-man". In MVP, all presentation logic is pushed to the presenter. 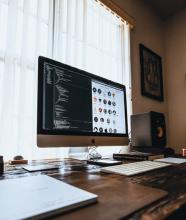 As we have seen in WWDC20 Apple announced they are ditching Intel and moving to their own ARM based CPU's while this was the highlight of the show, there was some interesting news that just slipped by.